Moving in was a production. Jack Parsley & Anna Rose both arrived around the same time, the first of the new Ivy Cottage residents to arrive. While Jack's entourage of family members were friendly and excited, muggles Mr. & Mrs. Rose were quite pleased to see the campus in their rear view mirror.

Joining the rest of Gardner Village outside of Gardner Tower, where they were brought by a rather pushy animated letter, they met peppy RA Tabitha Sweeting who proceeded to introduce them to campus life and sent them on a scavenger hunt! 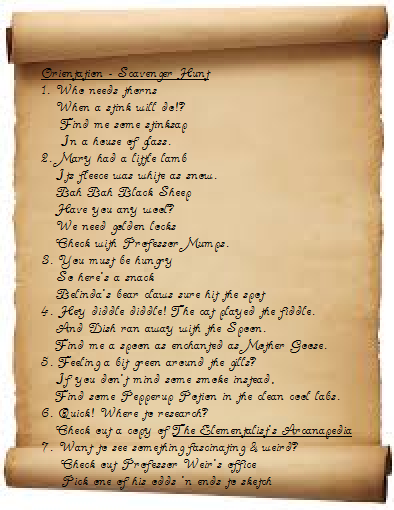 They found the first item in the Green Houses, where they met Professor Sylvester Potts (whom Jack got along famously with) and had their first run in with Mimbulus Mimbletonia (luckily they made it out without getting covered in gross stinky goo).

They then made their way to Care of Magical Creatures to find Professor Mumps and get some golden wool. Anna was a bit confounded by the building, as the inside couldn't possible fit in the building. Not only was there a forest, but they could see mountains in the distance. While they saw the bear-ish Professor "Bart" Mumps walking off in the distance, the one who ended up helping was one Professor Beadle (the husband). Not that he helped much. Jack & Anna managed to lure and bribe the golden ram, Young Sunny, with food and clip a bit of his wool without any issue. 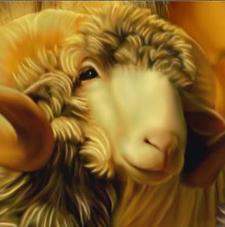 The third item was found in Apothecary Cafe, where they were introduced to the meal plan and Anna met the stunning Lindhorst sisters. They ate the bear claw. And apparently Jack resembles his grandfather.

To find an enchanted spoon, they made their way to the Enchantments building where they found a bin of practice spoons.

They made Pepperup Potion in one of the Potions & Alchemy Labs. Leaving, they met Professors Arsinius Melchior and Alchemist Gilda Murgatroyd.

Anna was pleased that their next,and second to last, item led them to the library. She was a bit confused by how it seemed to be run by cats, but upon meeting the Librarian she was plenty pleased to seek help from the seemingly infinite number of cats instead. She was a bit put off by the fact that the Librarian, Archivist Lindhorst, would appear to be the father of the three Lindhorst sisters that she has quickly developed a crush on.

They luckily met a friendly upper classmen who was happy to tell them where they could find Professor Weir's office. They found it in the History of Magic & Muggle Studies building. Jack happily sketched a picture of one of his artifacts on display. They met the Professor briefly, and Anna was relieved to find him remarkably normal for a wizard. 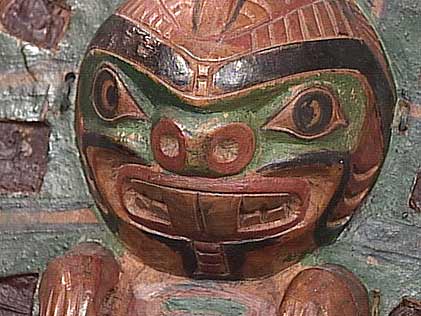 Finishing, they joined Tabitha again. Here, they also met the girl from the library again, who this time introduced herself as Willow from neighboring Hollow Cottage in Gardner's village.

Jack & Anna, with the help of Jack's knowledge of the school from his siblings and Anna's trusty backpack, finished third place. Though, as they point out to first and second, they didn't get covered in stinksap!

Next week: Now that you've all moved in and settled, post a picture of what your room looks like. Don't mind realistic college rooms or size, its magic. It looks however you want it to.

Welcome to your campaign!

A blog for your campaign

Wondering how to get started? Here are a few tips:

Invite them with either their email address or their Obsidian Portal username.

Make a few changes to the home page and give people an idea of what your campaign is about. That will let people know you’re serious and not just playing with the system.

If you want to set a specific mood for your campaign, we have several backgrounds to choose from. Accentuate it by creating a top banner image.

Characters form the core of every campaign, so take a few minutes to list out the major NPCs in your campaign.

A quick tip: The “+” icon in the top right of every section is how to add a new item, whether it’s a new character or adventure log post, or anything else.

The adventure log is where you list the sessions and adventures your party has been on, but for now, we suggest doing a very light “story so far” post. Just give a brief overview of what the party has done up to this point. After each future session, create a new post detailing that night’s adventures.

One final tip: Don’t stress about making your Obsidian Portal campaign look perfect. Instead, just make it work for you and your group. If everyone is having fun, then you’re using Obsidian Portal exactly as it was designed, even if your adventure log isn’t always up to date or your characters don’t all have portrait pictures.

That’s it! The rest is up to your and your players.